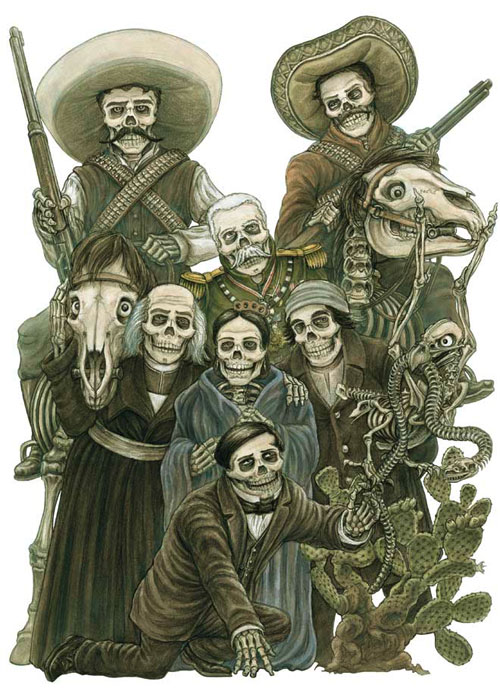 Exhibition in the Mexican Embassy

From 1st to 18th of November 2010 the original drawings of ‘Polvo – Day of the Dead’ will be on display in the lobby of the Embassy. The illustration “Que Viva México” has a place on the Altar of the Dead. 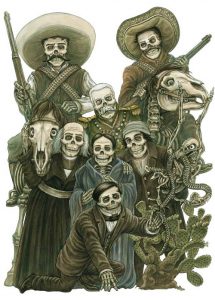 The year 2010 marks not one, but two important anniversaries for Mexico: the bicentennial of independence and the centennial of the Revolution. On the occasion of the Day of the Dead on November 1st, an exhibition of the artist Felix Pestemer opens at the Mexican Embassy in his home city of Berlin. The original drawings from his graphic novel ‘Polvo – Day of the Dead’ will be on display in the lobby of the Embassy until November 18th. Polvo offers valuable insight into the Mexican traditions surrounding All Saints‘ Day and presents a culture in which death has its place in everyday life. The illustration “Que Viva México” was made specifically for celebrating the (Bi)centenario. The last one hundred copies of the first edition of ‘Polvo’ (trilingual in German, Spanish and English) are available on site. The book will be released under the title ‘La Poussière des Aïeux’ (The Dust of the Ancestors) in a revised version by the French publishing house Actes Sud in 2011. 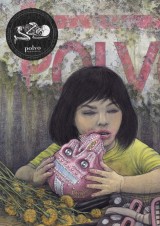 More about ‘Polvo – Day of the Dead’: