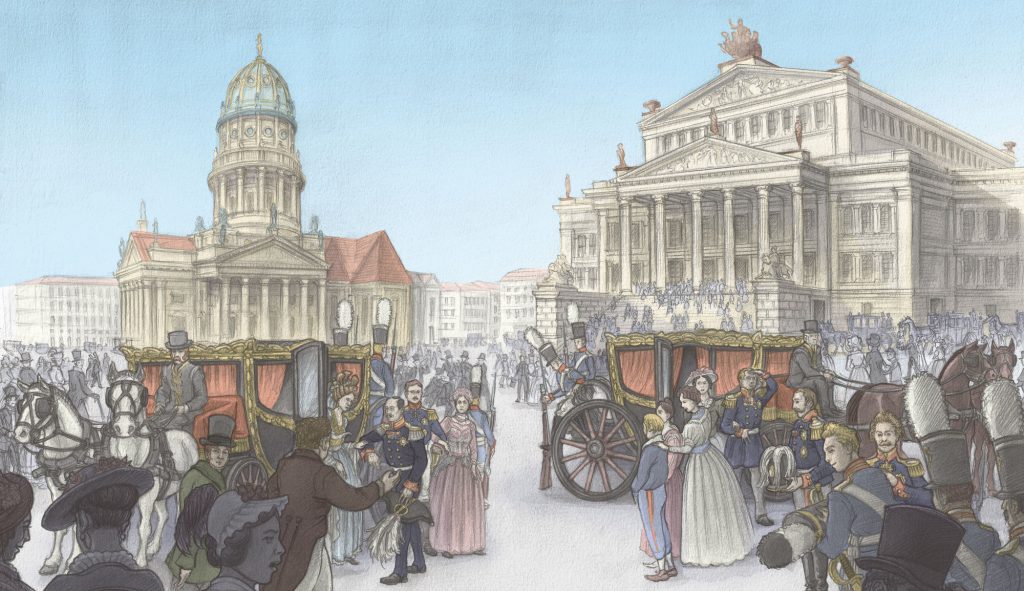 Revolutions and opening nights, bombs, fires, wasteland, reconstruction and joyous festivals: The Konzerthaus Berlin, designed by Karl Friedrich Schinkel, has been in the midst of a turbulent history ever since it first opened its doors as Royal Theatre in 1821. In the comic album ‘Alles bleibt anders’, this checkered past comes alive through colorful episodes and illustrations.
The protagonists include E.T.A. Hoffmann, Carl Maria von Weber, King Frederick William III of Prussia, Niccolò Paganini, Theodor Fontane, Marlene Dietrich, Gustaf Gründgens, Leonard Bernstein, the Konzerthausorchester Berlin and many, many more… They stood on the stage at the Gendarmenmarkt square, filled the seats in the parterre and the boxes, renovated the halls, fought and sung, stood in line for a ticket. Some of them just strolled around. Starting off as a magnificent meeting place for the Prussian elite and eventually turning into a venue where the music plays for everyone – this is a 200-year-long journey through (cultural) history as it has unfolded at the heart of Berlin and up to the present.

With illustrations and comic strips full of details, Berlin artist Felix Pestemer not only tells a vivid tale about the eventful history of the house but also highlights key events of German history, which more than once played out right on the doorstep of the Konzerthaus. 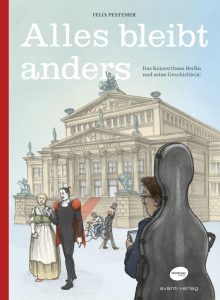