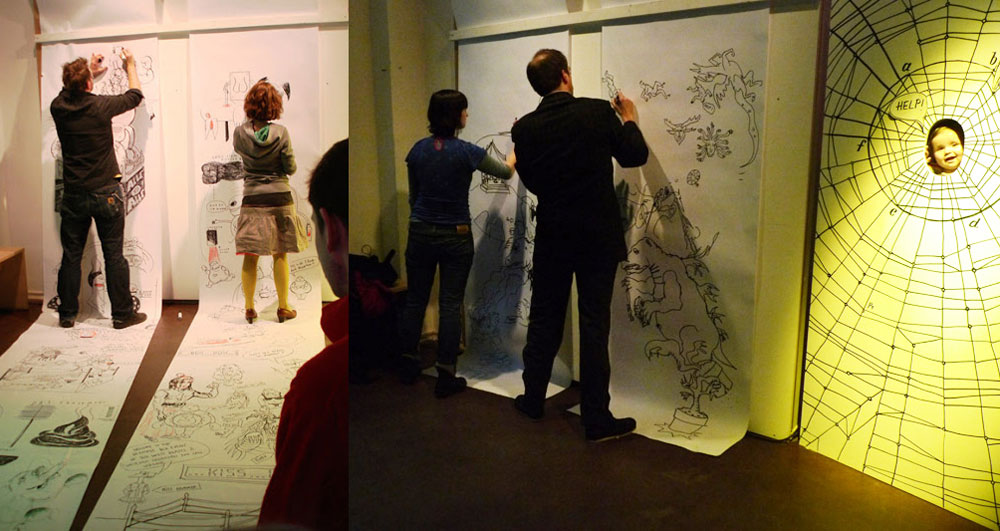 On February 16th, 2014, starting at 11 a.m., a museum festival will take place at the Deutsches Museum für Karikatur und Zeichenkunst (German Museum of Caricature and Drawings) in Hanover, celebrating the 150th birthday of Wilhelm Busch’s bad boys and marking the opening of the exhibition Trick by Trick. Also present will be two members of the Dramalight group, comic artists Stepan Ueding and Felix Pestemer, who are going to stage a zombiesque drawing performance. 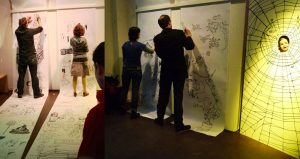 Stepan Ueding and Felix Pestemer are beaming Max and Moritz into the present – at a time when it is ultimately too late already! This refers to the fact that their live drawing performance will pick up where Max & Moritz left off: after their last trick. As “bits post mortem” the two malefactors are gobbled up by Master Miller’s ducks. However, they will receive an unexpected resurrection at the museum festival. Ueding and Pestemer are adapting well-known motifs surrounding the two boys to modern times here, just to make them appear unfamiliar again in the next stage of this dialogue in drawing. After all, the duel of the two cartoonists is about outdoing each other, trick by trick …