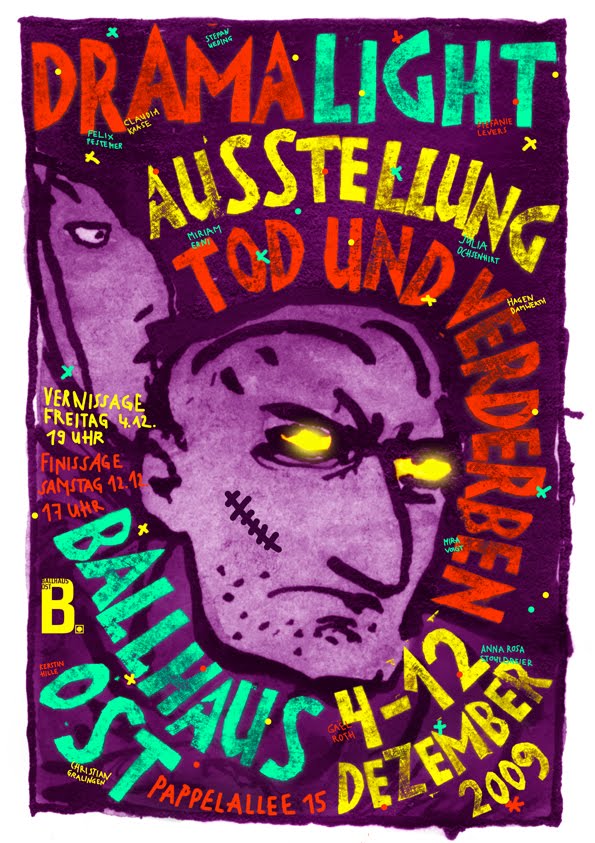 “Drama Light” – Literary Classics in the Shape of a Comic

DRAMA LIGHT is a graphic and literary expedition into the vast regions of the great classics and a bridging of the gap between the arts, the
media, and the generations in the shape of a comics edition with an estimated 10 issues with 24 pages each.

Old material in a new format
A rejuvenating cure and an attempt at resuscitation. Easy to consume – difficult to digest. Light-footed, fast paced, gripping, smart, and funny. Literary classics condensed to the format of a serial comic magazine.

Concept
DRAMA LIGHT is the result of cooperation between a writer and an illustrator. The goal is to tighten the language of the literary classics, to give them more edge, and to discover them anew.

The diversity created by the signature style of the individual illustrators conversing with the autonomous approach to language of contemporary writers guarantees surprise, inspiration, and originality. Each of the selected plays is turned into a comic as part of this handy series. The targeted audience includes experienced theatergoers just as well as fans of comics and readers of pictures books of all ages. Sold at a modest prize, DRAMA LIGHT will be available in theater lobbies, bookstores, and libraries. This is in no way an exclusive art book edition but rather an affordable, colourful series with a quality that makes it interesting to collectors.

This series can both attract new viewers to old plays and offer to an older audience new perspectives and not-so-serious insights into the subject matter of the supposedly well-understood and dry classics.

The focus of this project lies not on a linear retelling, rather the modern adaptation and the immediate, liberal approach of the illustrators and writers is at the forefront. 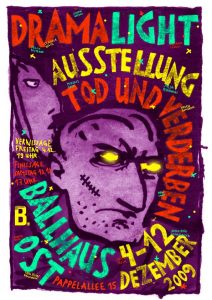 Info links (German):
– wwww.dramalightcomic.blogspot.com
– Announcement by the Ballhau Ost
– Feature of the culture program “Stilbruch” of the rbb
– Article in the “Tagesspiegel“