“Beer. All about Thirst” Book Release and Exhibition at the Beer and Oktoberfest Museum

“Karlsquell Edel-Pils”, the icon of German beer culture which for decades had been the most inexpensive beer in Germany (and probably the whole world), once had an own anthem dedicated to it by the punk band Slime. Then a can deposit was introduced in Germany, which brought about the tragic demise of Aldi’s home brand.

It takes no more than 14 pages of the 180-pages-thick comic book “Beer. All about Thirst” for Felix Pestemer to evoke his own boozy and jolly youth, to reflect on his art studies and to provide, in addition, a manual for the manual reproduction of a Karlsquell beer can, including the brewing of beer and for shotgunning (i.e. emptying the beer within seconds through an additional hole).

The comic book “Beer. All about Thirst” has contributions by 45 comic artists and will be available in bookstores starting March 2016. It is published on the occasion of the 500th anniversary of the German Beer Purity Law.

The accompanying exhibition at the Beer and Oktoberfest Museum in Munich opens on February 27th, 2016 and will run through the end of the year. 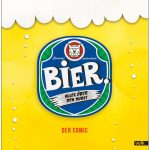 One of the most natural desires of the herd animal called human being is to have a good time in the company of friends and aquaintances. And quenching one’s thirst is an essential part of need satisfaction, too. Which is why, no sooner humans had become sedentary, they started brewing beer. One could go as far as saying that being able to brew beer was the main purpose behind a sedentary lifestyle. The history of beer is thus tantamount to 10,000 years of cultural history.

However, we have come a long way since the Sumerians and their “spit beer”. The adoption of the Bavarian Beer Purity Law was just one pinnacle achievement in the long history of beer. Aristotle, Louis Pasteur and Carl von Linde count among the illustrious people who conducted groundbreaking studies in this field. One should also not forget the countless beer brewers and drinkers who performed challenging self-experiments through the ages. In any event, the “art work of beer” in its current shape is the result of huge enthusiasm and devotion that has been invested for thousands of years. And the result of the profound mysteries that grow around this major topic, too.

2016 marks the 500th anniversary of the signing of the Bavarian Beer Purity Law. This coincides with another happy occasion for Comicaze e.V., which was founded in 1996. To celebrate its 20th birthday, the Munich comic society has made itself a present: a book of 180 pages which assembles comics, cartoons and illustrations surrounding the topic of beer. The list of 45 comic artists who have made contributions contains some big names of the scene like Peter Puck, Dieter Hanitzsch, Tom Bunk and Bryan Talbot as well as many more. 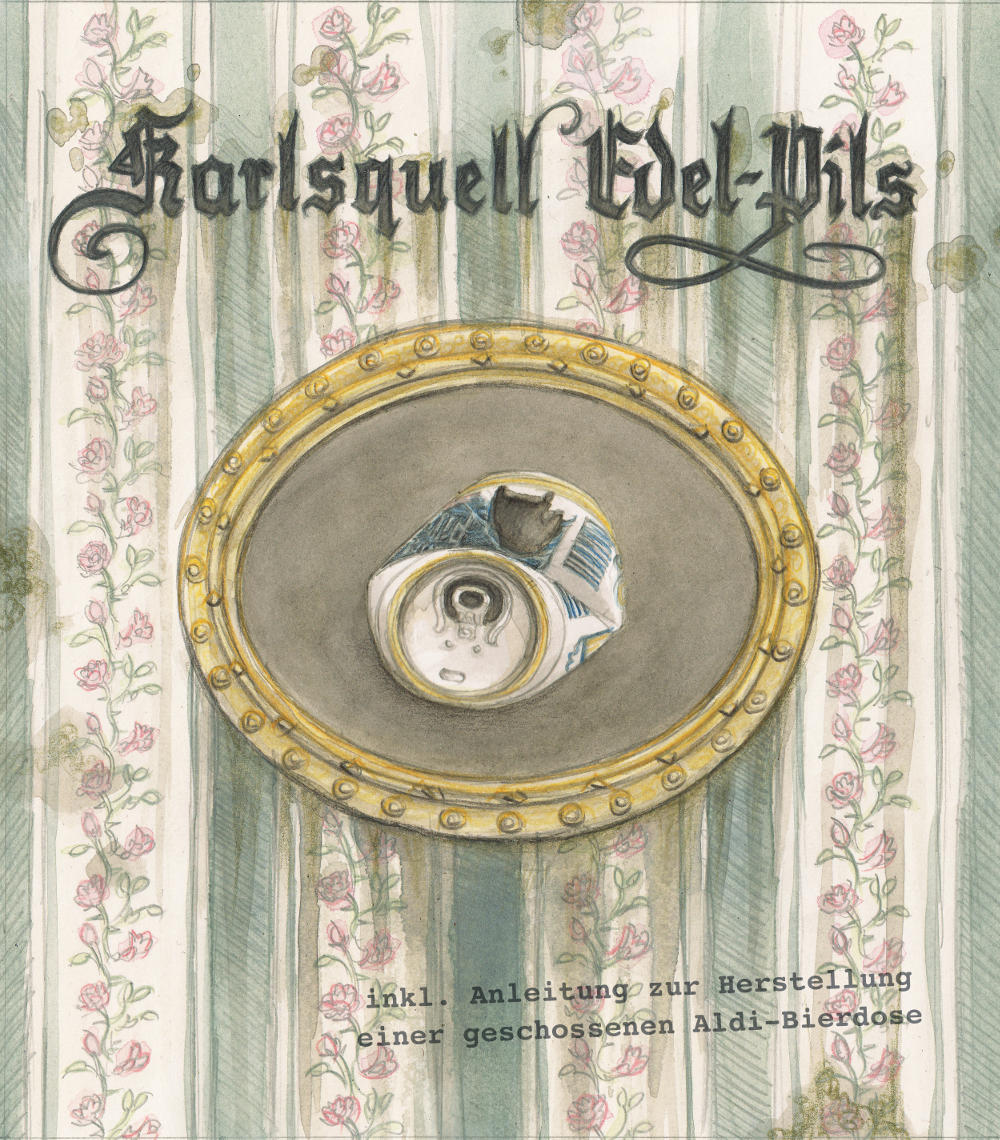 ‘Karlsquell Edel-Pils’ – nostalgia of tipsy-turvy times by Felix Pestemer in the comic book “Beer. All about Thirst” (Volk Verlag, 2016)