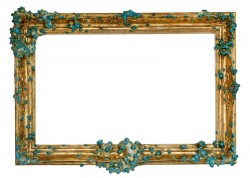 Def. Blue Pox: The chroma keying via Blue Pox is a technique in movie or TV production that allows for the presentation of material objects or of people in front of a background – could be a movie sequence or computer graphics or a tradition stage scenery – so that a supernaturalistic reality is displayed. In the light of the Blue Pox, the interchangeability of the façade becomes evident. Everything appears to be ailing a bit and what was just at the tip of your tongue suddenly cannot be expressed anymore. Politicians and philosophers have repeatedly highlighted the dangers involved in using the Blue Pox technique, but Pestemer firmly insists that this form of chroma keying is in fact a state of mind, that he couldn’t and wouldn’t want to see the world differently anymore, and that the best thing about using it is that neither a form nor a medium –

At the opening of the exhibition, the painting “Supernova”, the product of a collective effort made at Wannseeforum in the context of a painting seminar held at the Bettina-von-Arnim-Oberschule with Pestemer serving as instructor, will also be auctioned off. The proceeds will go to the 11 participating students.

It goes without saying that Pestemer’s newly published graphic novel ‘The Dust of the Ancestors’ can also be bought at the exhibition. Because he enjoys taking his time in signing one of his works, the following arrangement has been thought up: Books that are bought on the day of the opening of the exhibition, can be picked up on Sunday, 23rd between 12 and 4 p.m. with an original drawing by the artist. The gallery owner Mr. Bryin Abraham will serve coffee and waffles to visitors during that time.

Opening hours
Wednesday to Friday, 4 to 7 p.m.
and by arrangement