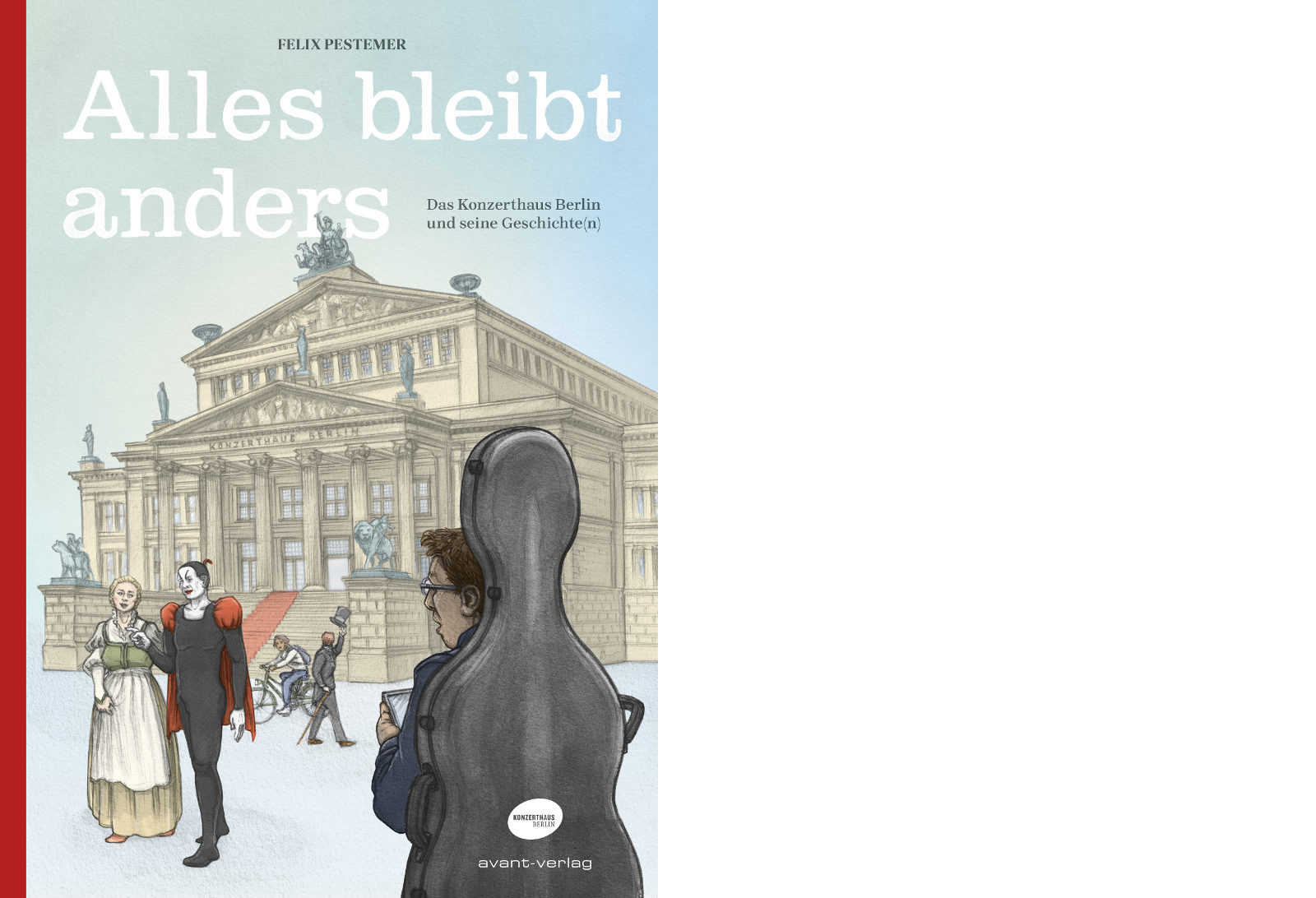 Change is the only constant

The 200-year-anniversary of the Konzerthaus Berlin on the 26 th of May 2021 is approaching fast. However, a large part of the relevant events that were planned well in advance are currently being cancelled on a weekly basis (an all too common experience for cultural institutions in the times of the coronavirus). There is one bright spot, though: The comic book “Alles bleibt anders – Das Konzerhaus Berlin und seine Geschichte(n)” by Felix Pestemer has been published by avant-verlag on schedule. 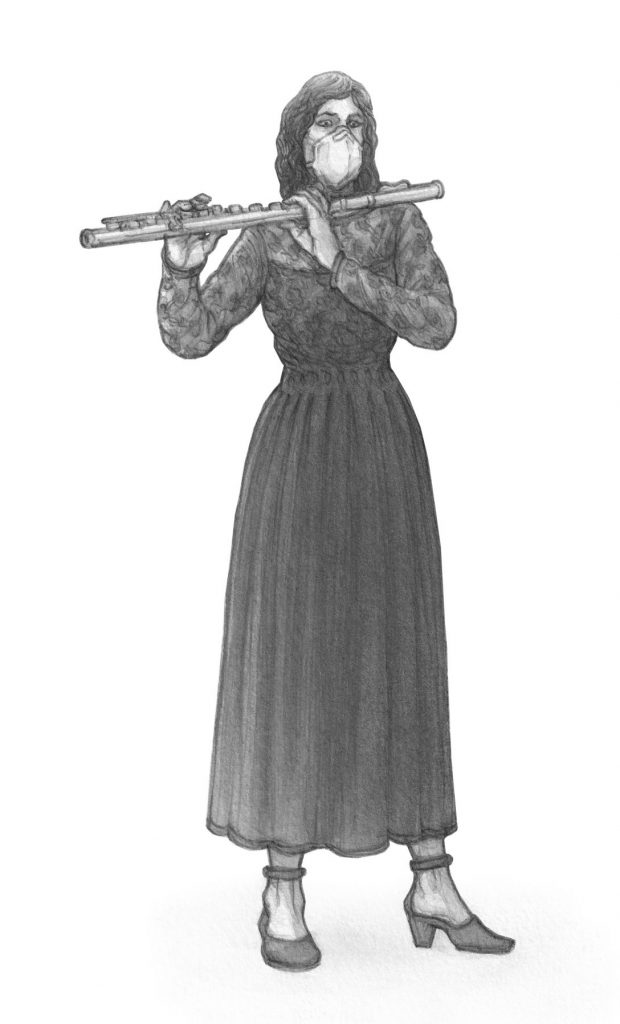 Built between 1817 and 1821 by Karl Friedrich Schinkel as Royal Theatre for King Fredrick William III of Prussia, destroyed in World War II and reconstructed from 1979 to 1984 as Konzerthaus Berlin – “Alles bleibt anders” depicts the checkered 200-year-history of this illustrious theatre and music venue. Behind-the-curtain anecdotes appear side by side with events on the world’s stage – as they went down on the Gendarmenmarkt square in front of the building. Celebrities are playing their part, but so do common folks. Legendary productions and unforseen twists, funny moments and sinister impulses – they all belong to this story. Readers will find illustrated tales about author E.T.A. Hoffmann witnessing an epic “flight of the wigs” while the National Theatre burned down; about the powerfully eloquent – and therefore greatly feared – theatre critic Theodor Fontane; about the “devil’s bargain” of Gustaf Gründgens and him playing the role of Mephisto during the Nazi era; and about the East German reimagination of the theatre as a concert house, realized by working with a small budget but with lots of idealism and improvisation. Felix Pestemer has recreated these and other events with illustrations full of carefully researched historic details and with concise accompanying texts. Comic stories and illustrations are alternating with double-page panoramic views of the Gendarmenmarkt through the ages. The consistent use of the same perspective sharpens the focus on the volatile history of the house and provides a common thread for the book. Speaking of which: Those six panoramic views are currently on display as large-format posters at the Museum of European Cultures as part of the exhibition „ComiXconnection“, running from March 16th until May 30th, 2021. (Updated opening hours can be found on the museum website.)

Unfortunately the gala event for the anniversary of the Konzerthaus Berlin cannot take place as scheduled on May 26th, 2021, and whether (and in which shape) there will a formal presentation of the book remains to be seen. One thing is certain, though: Sales of “Alles bleibt anders” have started on April 16th. 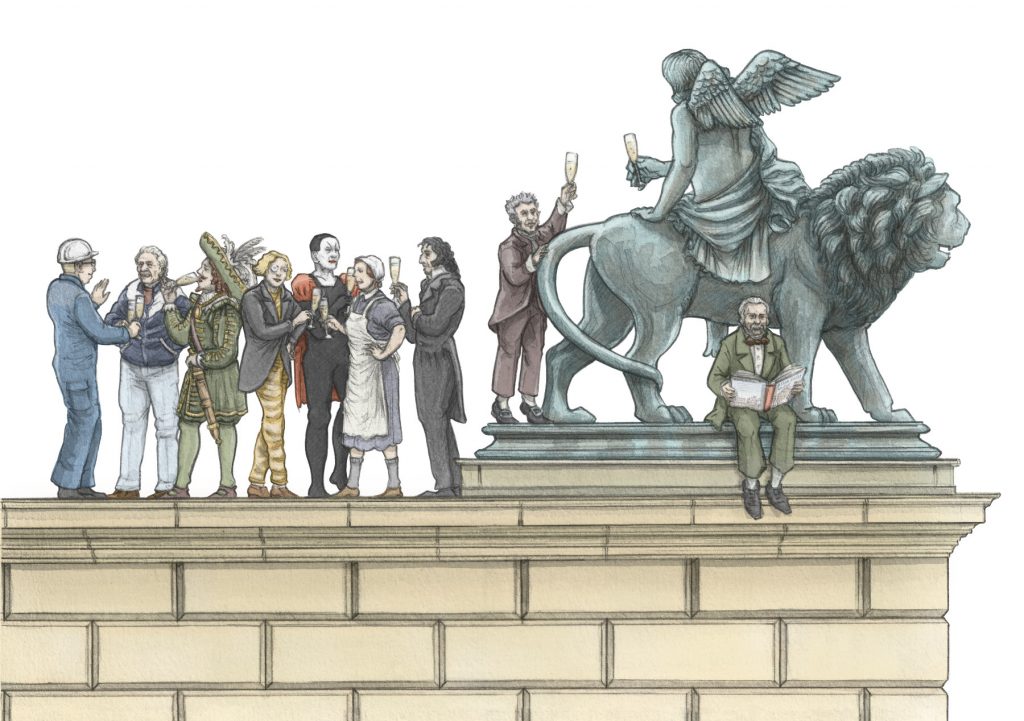